Without Real Diversity, the Future of Machine Learning Is Bleak

END_OF_DOCUMENT_TOKEN_TO_BE_REPLACED

Without Real Diversity, the Future of Machine Learning Is Bleak

On August 26, Americans honored the 1920 ratification of the 19th Amendment, which gave women the right to vote. It was an important step toward equality, yet the democratic process and the business world don’t always mesh in their ideologies. Equality for women, LGBTQ people, minorities, and every other underrepresented group remains an elusive goal. The prevailing U.S. political administration has further compounded these efforts with vociferous condemnations of inclusion, followed by policy proposals intended to roll back anti-discrimination protections. If you don’t find the situation dire, you haven’t been paying attention. We’ve spent years, literally, writing about the economic benefits of diversity and the importance of differing perspectives to innovation. Maybe the message isn’t strong enough. So allow me to offer something more emphatic, particularly as every company will soon rely on artificial intelligence and machine learning: Without a truly equal playing field, the entire future of technology -- and everything tied to it -- is in peril.

There’s no doubt that we’re standing at the cusp of amazing breakthroughs. Exponential technologies have heralded the realization of unprecedented progress across all facets of life: medicine, food, irrigation, energy, health and wellness, transportation, frictionless business, communication without borders, and even diversity. Consider the role that virtual reality has played in combating bias. Yet as digital wonders march forward, fear and insecurity threaten to push society back.

Exclusionary and elitist mentalities still haunt the workspaces of tech giants. The lackluster diversity figures aside, new public relations nightmares emerge regularly. We can’t forget the latest bruise to Google, when a software engineer penned and published a toxic anti-diversity memo to the company’s 72,053 employees. What surprised me most was the volume of media that emerged to defend it.

Populist governments around the world no longer talk about melting pots and unity. They’ve forgotten how to harmonize with the full choir. The rhetoric is tinged with division: building walls, banning people from specific countries and faiths, stifling free speech, repealing laws meant to ensure equal pay and treatment, stripping individuals of access to care based on race or age, and renewing calls to ostracize LGBTQ people, who just recently secured rights that others have enjoyed for countless decades.

Members of President Trump’s religious advisory council, for example, wasted no time in releasing the Nashville Statement, which, as the New York Times explained, “says that only heterosexuality is permissible, calls people born with intersex conditions ‘disordered,’ derides transgender identities as ‘transgenderism’ and makes clear that anyone who is an L.G.B.T. person is immoral.”

Eliel Cruz, the article’s author, elaborated: “The statement sent a particularly dangerous message to the approximately half of L.G.B.T. people who, according to the Pew Research Center, identify as Christian: You don’t belong in our religion. And anyone who so much as accepts you isn’t Christian either.”

True, the president didn’t openly endorse the Nashville Statement. However, its release coincided with his directive to ban transgender soldiers from military service -- a unilateral action that leaders in the Armed Services denounced.

Since we opened this post in celebration of Women’s Equality Day, it’s necessary to point out that one day after issuing a banal statement in recognition of the holiday, the White House scrapped a key equal pay provision introduced by Obama. It gets more distressing. Ivanka Trump, who has helmed this administration’s gender parity bandwagon, blessed the decision: “Ultimately, while I believe the intention was good and agree that pay transparency is important, the proposed policy would not yield the intended results.” I suppose she’s not entirely wrong; simply giving women equal pay won’t end the harassment, stereotyping, and misogyny they so often endure.

Have Hope: The Battle for Inclusion is Being Fought on a Bigger Field

The good news is that these battles are being fought on a stage much larger than Silicon Valley or 1600 Pennsylvania Avenue.

There are more champions for the principles of equality than detractors. And doesn’t it stand to reason, at a time when we obsess about team cohesion, shared values, collaboration and culture? How can an organization short on innovation make any strides by retaining the same kind of people who haven’t broken new ground? The reality, in any context, is that clamping down on diversity stifles innovation and progress. Similar people, similar solutions, similar limitations.

The staffing industry has a rich history of promoting inclusion. It’s the bailiwick of most workforce organizations. And yet, so many of us find ourselves being asked -- time and again -- to make a case for real diversity. I suggest we try a new approach.

Machines Are in Danger of Becoming Sexist and Racist

The evolution of artificial intelligence and virtual reality, powered by machine learning, represents the evolution of our social and working lives. Business leaders seeking to streamline processes and bolster efficiencies are pushing data-driven recruitment, hiring, and human resource management processes. They utilize Big Data to evaluate candidate skills, experience, and knowledge -- believing they are removing bias from the process, before shortlisting prospects and scheduling interviews.

Sounds great. Here’s the problem. “Robotic artificial intelligence platforms that are increasingly replacing human decision makers are inherently racist and sexist, experts have warned,” wrote Henry Bodkin in the Telegraph, citing a critical study from the Foundation for Responsible Robotics.

At the end of the day, algorithms amount to an array of correlations. And correlation alone, as an elementary tenet of research, does not imply causality -- though it can lead to false positives and negatives. For example, data would tell us that eating can make us overweight, which correlates to the presence of food. That doesn’t mean we should stop eating food.

Here’s another example. One system that analyzes candidates’ social media data flagged a profile picture of a same-sex couple kissing as “sexually explicit material.” The photo was not lewd or meant to be provocative. The technology simply couldn’t take into account a committed, non-traditional relationship and reconcile the image as a normal expression of love -- not “graphic content.”

But as Professor Noel Sharkey revealed to Bodkin, the research gathered by the foundation has indicated a more insidious challenge -- and he is urging developers to bring on more diverse workers to stave off the “automatic bias” being assimilated into our machines. For instance, programs “designed to ‘pre-select’ candidates for university places or to assess eligibility for insurance cover or bank loans are likely to discriminate against women and non-white applicants.” And there’s more.

If you need another validation piece, look no further than Microsoft’s disastrous unleashing of Tay, a talking AI chatbot that flooded social media with racist, sexist, and other foul comments after users took advantage of its machine learning capabilities to teach it these behaviors -- in a matter of hours.

Real Diversity Secures the Real Future of Our Technology and Wellbeing

All of us at Crowdstaffing passionately embrace exponential technologies and the tremendous benefits they will bring to this world. Humans have sought to automate manual processes for as long as they’ve walked the Earth. Don’t believe me? The wheel. Carriages. Ships. Looms. Assembly lines. Garage door openers. Dishwashing machines. Traffic signals (yes, people used to regulate vehicles in transit). We clamber to attain the latest gadgets, and we revel in the ease that automation accords us. We’re not afraid of machines. We’re afraid of having less.

If we capitalize on the efficiencies and competitive advantages of automation, we can find new ways to support human talent -- not displace them. PwC believes the rise of automation will actually boost productivity and generate additional jobs elsewhere in the economy.

Yes, computers will assume a greater share of the duties currently tasked to human talent, including programming and data analysis; however, there’s a limit to what machines will be able to accomplish. As Rally Health’s Tom Perrault observed in Harvard Business Review, “What can’t be replaced in any organization imaginable in the future is precisely what seems overlooked today: liberal arts skills, such as creativity, empathy, listening, and vision. These skills, not digital or technological ones, will hold the keys to a company’s future success.”

Like Elon Musk, we believe in the hope and future prosperity that machines will open to us. Also like Musk, we approach these advances carefully, recommending responsible parenting in overseeing the development of our digital children. If the worry is having less, then ignoring real diversity will certainly make that a reality. Machine learning is simply a mirror that reflects the knowledge, attitudes, and behaviors of its first teachers. If only one class of individual serves as the model, machines will learn to discriminate against, exclude, and mistake your potential customers, workers, and leaders. This then is the case for diversity: the success of technology, your business, your workforce, your world. 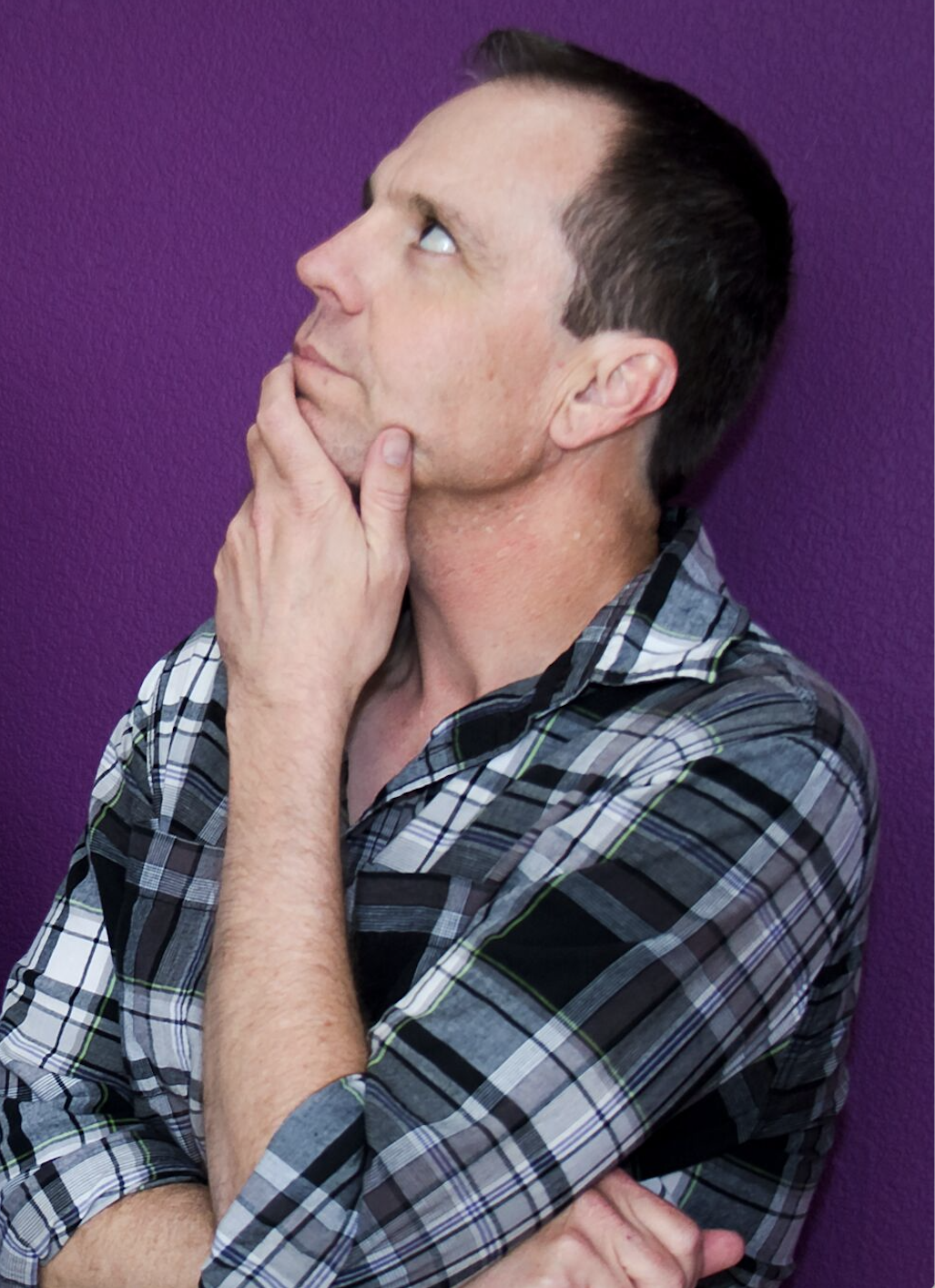