END_OF_DOCUMENT_TOKEN_TO_BE_REPLACED

If I asked you to compare recruiting to video game genres, you’d likely tell me it’s a first-person shooter. To be fair, that makes sense. Terms like “head hunting” and “acquisition” certainly conjure up images of a secretive sniping mission. In practice, though, recruiting involves a whole lot more than scoping out a target and pulling the proverbial trigger. Really, it’s a lot more like a role-playing game (RPG), and I’m going to tell you why.

People were playing RPGs long before sprawling, open world games like Skyrim and Fallout were the norm. RPGs go back - way back. Role-playing, in some iteration, has existed for thousands of years. Its origins can be traced back as far as ancient Rome and perhaps even further, to the Chinese Han Dynasty. Whether an ancient historical reenactment, a retro tabletop RPG, or shiny new video game, the common thread is this: people love the genre.

Even in massive multiplayer games, an element of role play exists. Back in the days of Second Life, players created stylized avatars to represent idealized versions of themselves - or the characters they desired to be. The multiplayer world of social media, where so much recruitment takes place, isn’t much different.

The modern RPGs that many of us play today feature elements of character development, weapon customization, questing, and of course, a lot of strategizing. As an independent recruiter, you likely encounter a lot of these concepts as well. In fact, you can look at many of these modern examples to find ways to improve your recruiting strategies.

No Two Play Styles Are the Same

The great thing about RPGs, particularly those of the open world variety, is that there are dozens of ways to approach a given situation. A dual-wielding rogue elf (my personal favorite) might be better suited to sneak attacks, while a dwarf warrior brandishing a massive war hammer might be perfectly comfortable getting right in the line of fire. The point is, you can – and should – cater your strategy to your own play style, AKA your personal brand.

Your brand should dictate your messaging and how you approach candidates. For example, if you promote a specialization in diversity, you need to deliver on that promise. That means sourcing diverse workers across all categories and placing talent in the inclusive cultures they expect. There are plenty of ways to play; just be sure to choose the one that makes sense to you.

Your Actions Have Far-Reaching Consequences

In recent years, decision making has become an important facet of RPG narratives. Many early RPGs attempted this, but it wasn’t until games like The Witcher really refined the concept that in-game decisions started having real weight. If you choose the wrong dialogue, a former ally may decide to bail during an important battle, leaving you to fight on your own. If you win over a challenging character, you might be rewarded with an easy out for a future quest. Hey, look at that! It’s just like recruiting! Building a strong relationship with your Account Manager might give you an advantage when you inevitably “battle” other recruiters for top talent. And losing touch with a prospect might lead them to abandon the candidate pool, which is, of course, detrimental to your quest.

Use the Right Weapon for the Job

Crafting, looting, enhancing - these are just a few of the ways you can upgrade your weapons and armor in today’s RPGs. There’s nothing quite like finding a legendary weapon in a hidden chest or finally getting the ore for that badass armor you’ve been dreaming about. But with endless possibilities come a lot of hard decisions. A fire-enchanted sword might seem amazing, but it’s not going to do you any good if the situation calls for ice magic.

The same can be said for your recruiting skillset. Different candidates will call for different tools and methods, so make sure you focus on those that best fit the mission. For example, if you wanted to find passive candidates, you probably wouldn’t concentrate your efforts on an active job board like Monster. You’d likely get better results combing through relevant LinkedIn profiles instead. In other words, don’t bother picking up irrelevant or underpowered weaponry; it’ll just take up valuable inventory space.

Level Up Like You Found an Unlimited XP Glitch

The leveling system is a central component of any RPG. You gain and spend experience points (XP) to level up passive and active skills, inventory space, character stats, and more. In real life, this is called learning. Or getting a bigger backpack. Or working out. In real life, you have an infinite amount of XP - so why not go nuts with it? There’s a great deal of knowledge available to independent recruiters these days. It’s almost as if a new technology or trade secret surfaces every day. At Crowdstaffing, we offer an array of recruiter tools and educational resources that focus on things like clients, best practices, and streamlining the recruitment process. It’s a great way to spend your XP in exchange for new skills and better opportunities.

The Fate of the World is in Your Hands, Hero

Whether you’re an independent recruiter, the Dragonborn, or Geralt of Rivia, your path is the same: level up your skills, acquire the best tools, and complete your objective. It might be slaying foul beasts and saving the world from certain destruction, or it might be placing a candidate with the perfect client. Either way, the real fun is in the experiences you have and the connections you make along the way.

It might do you some good to fire up the ole PlayStation and pop in your favorite RPG – you know, for research. 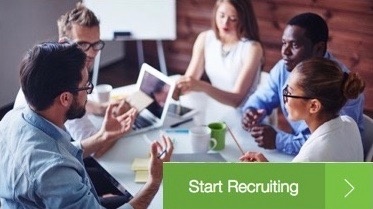