END_OF_DOCUMENT_TOKEN_TO_BE_REPLACED

The internet has been on FIRE about Bitcoin lately. For many, it’s a mysterious subject: a sort of invisible currency, floating around in the ether and whispering promises of lucrative investment opportunities. To others, it’s an old one – Bitcoin has actually been around for almost a decade. So why is it suddenly flooding social media timelines and news feeds across the web? The answer is more fascinating than you might think.

A Brief History of Bitcoin and Its Enigmatic Creator

In 2008, someone, somewhere, had an epiphany. I phrase it this way because Bitcoin’s “creator,” Satoshi Nakamoto, is not a real person. It’s a pseudonym with unknown origins, though many have speculated on them. Bitcoin’s nebulous beginnings seemed to set the tone for its very existence.

The idea at the time was to create a digital currency that could be traded easily in a secure and transparent environment. Though there were previous attempts, Bitcoin was the first cryptocurrency to come to fruition. In a peer-to-peer environment, such as Bitcoin’s, there’s no middleman. No banks charging you monthly fees, no credit card companies siphoning money from business transactions, and no regulators looking over your shoulder at what you’re buying. Purchases are anonymous and affordable, even if you buy something halfway across the world. Bitcoin is the anti-establishment, punk rock answer to banking. As you can imagine, banks (and the government) don’t like this, but individuals do.

People Are Pretty Jazzed About Bitcoin

The reason there’s so much hype about Bitcoin at the moment is that its value is skyrocketing. Well, sort of. The Bitcoin market has been volatile for quite some time now, though it saw its first big jump earlier this year. The very thing that makes Bitcoin attractive, (i.e., no central regulation or government backing) is also what makes it so unpredictable. Today, one Bitcoin might cost $18,000; tomorrow the cost could soar to $30,000 – or plummet to $100.

For now, though, Bitcoin has been somewhat steadily trending upwards since the beginning of 2017, and it’s been gaining legitimacy along the way. Big companies like Overstock, Steam, and Microsoft have happily jumped on the bandwagon thanks to aggressive marketing and partnerships with Coinbase, one of the world’s largest digital currency exchanges. Bitcoin burst into the futures market on Monday, which to many is a sign of mainstream viability. Meanwhile, investors are in a frenzy trying to get a piece of the cryptocurrency action as its value continues to climb. Where Bitcoin goes from here is the subject of much discussion and conjecture. 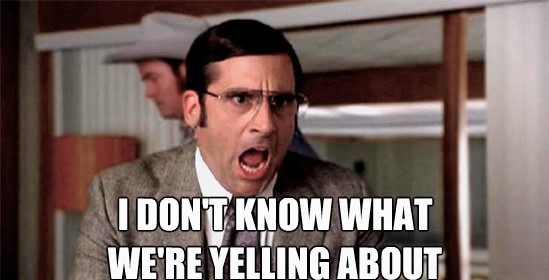 What Makes Bitcoin So Special?

It’s not so much the currency itself that’s remarkable; it’s the tech that powers it. This technology, AKA Blockchain, has the potential to disrupt nearly every industry. In other words, it’s a really, really big deal. Here’s how it works:

The core tenets here are transparency, truth, and decentralization - and that’s where the true potential lies. Imagine the possibilities if other industries, particularly those wrought with corrupt intermediaries, had to operate on this framework.

The Future of Bitcoin Is Just as Fuzzy as its Origins

So, is Bitcoin the next big thing? The answer is: it’s still too soon to tell. As with any new technology just starting its journey along the S Curve, it has a few kinks to iron out. First, its tech is difficult to understand in layman’s terms, which makes the general public slow to adopt it. Second, the infrastructure is still in its infancy. Bitcoin exchanges are few and far between, and not enough legitimate retailers accept it (or have a way of accepting it). Finally, it’s not controlled by the FDIC, and that makes governments uncomfortable. Right now, Bitcoin is a pendulum swinging wildly; it’s almost inevitable that the government will step in at some point and try to get a hand on it.

Regardless of where Bitcoin goes, its tech will surely stick around. Blockchain is an innovative solution with hundreds of potential applications. We’ve already seen how peer-to-peer networks have taken off in the last several years. The P2P model, coupled with a decentralized network and rolled out across many industries, could quite possibly change the economy for the better. And for that, we have the elusive Satoshi Nakamoto to thank.

What do you think about blockchain technology and the current Bitcoin craze? Are you tempted to invest? Share your thoughts with us below.

Sunil is a Silicon Valley thought leader, speaker, motivator, and the visionary behind the groundbreaking Crowdstaffing ecosystem. Blending vision, technology, and business skills, he is transforming the talent acquisition landscape and the very nature of work. Prior to launching Crowdstaffing, Sunil honed his skills and experience as a business leader for companies such as IBM, EMC, and Symantec. "We need to think exponentially to mindfully architect the future of humanity, civilization, and work. When we collaborate and work together, everyone prospers."
Post a comment